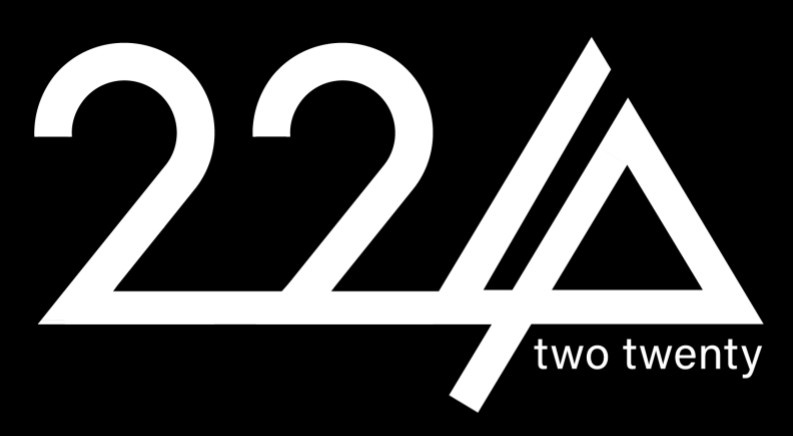 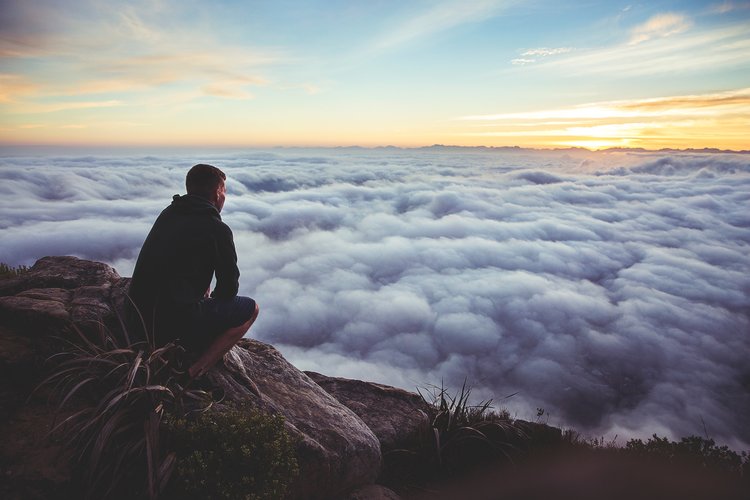 Photo by Joshua Earle on Unsplash

“If we command our wealth, we shall be rich and free. If our wealth commands us, we are poor indeed.” -Edmund Burke

Too often, we use money as the basis for life’s most important decisions. Money either explicitly or implicitly determines:

Money is why I majored in Finance, chose a secure finance job over an entrepreneurial fellowship right out of school, and stayed at that job for three years even though I was overworked and unfulfilled.

I started out really liking my job- I loved the people I worked with, was making good money, and was one of the top analysts in the group.

But as time went on and the better I performed, the more work got assigned to me.

I was staying at the office later and later. Eating dinner at the office became more and more common, and getting home after midnight was not uncommon.

I missed date nights, events with friends and family, and would have to come into the office last minute on weekends and holidays.

I was sleeping in until the last possible second every morning, repeatedly snoozing my alarm because I was dreading another day at my desk for 12-16 hours.

I was mentally and physically exhausted. I’d tell myself over and over on my morning and evening commutes that there has to be more to life than binge-writing loan reports on someone else’s schedule.

But then I would talk myself out of it, focusing on how much money I was earning, and how this experience would give me a lot of options down the road.

So I stuck with it, doing everything they asked. Two and a half years in I was right on track for a promotion to Associate, which would mean a substantial raise and a pretty decent bonus.

In my year-end review with my boss, he told me how strong my performance had been over the last year. He told me to basically keep doing what I had been doing, but didn't mention a new title.

Unable to contain myself, I asked, “am I getting promoted?”

“Oh, sorry. No. The company decided not to promote any analysts this year.”

Although I think I played it decently cool on the outside, on the inside…

What had I been doing all this for? All the late nights and weekends at the office flashed through my head all at once.

I did everything I possibly could have to earn the promotion, but realized I actually had no control over my situation all along. Because a C-Suite Executive’s decision, who I would probably never meet, was going to decide my fate no matter what.

The Breakthrough: All Money Is Not Equal

I went home that night extremely frustrated and defeated. As I was laying in bed, going over the conversation with my boss in my head, I’m not sure why but I asked myself an interesting question:

What if I would have gotten the promotion?

Sure, I’d have more money and a new title, but then I would have gone back into the same cycle of working too much, chasing the next promotion (2 years minimum), and remaining unfulfilled.

Was I really going to let a salary at a job where I was unfulfilled, and a massive institution’s rigid promotion schedule, determine the rest of my twenties?

This experience was the catalyst that forced me to change.

The day after this awakening, my brother Joseph (who was at an unfulfilling consulting job) and I started working on nights and weekends to turn a summer leadership camp we started back in college into a business that would allow us to live off our passions.

With just a basic program and no revenue coming in, we left our corporate jobs to become entrepreneurs in August 2015.

We’re not gazillionaires by any means. We’re just living on our terms.

The 3 Money Concepts That Changed My Life 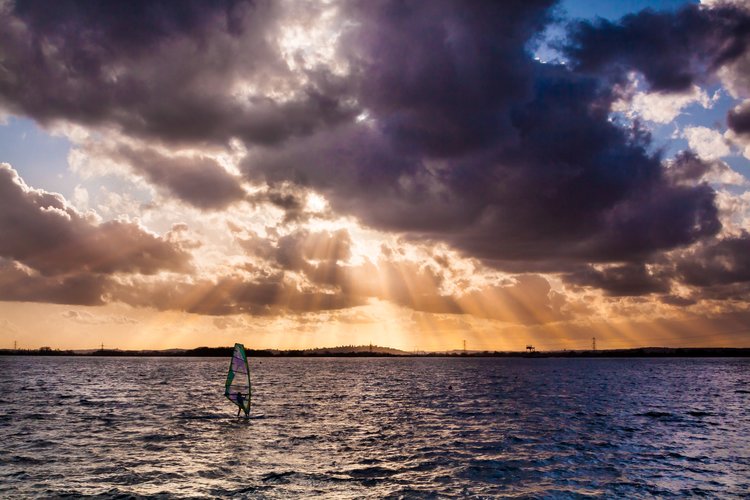 Photo by Mark Harpur on Unsplash

This isn’t an article to persuade you that money doesn’t matter. What I am saying is that money is only one part of a much bigger equation. But most of us forget about this, or just plain underestimate the control we have over our lives as young professionals.

As a result, we substantially overvalue money.

I have friends, and maybe you do too, that are making $200,000+ per year and are miserable. It’s not just about the money.

I was able to escape the rat race, and am living on my terms because I significantly reduced the value I was placing on money.

What I realized was that all money is not equal.

Here are three factors that helped me transform my perspective.

“If you don’t value your time, neither will others.” -Kim Garst

In his hallmark book The 4-Hour Workweek, author and entrepreneur Tim Ferriss writes about the glaring difference between absolute and relative income.

According to absolute income...

...Jane is twice as rich as John, or has 2x the earning power.

According to relative income though, you have to introduce the second variable: time, which happens to be the nonrenewable, precious resource we should value above anything else.

So based on relative income...

...John is four times richer, or has 4x the earning power.

It’s not just about working less, it’s about increasing your earning power.

But just for fun, ask yourself: if you could be John Doe, what would you do with the freedom of all those extra hours?

This is a concept I’ve been obsessed with since my dad introduced me to Robert Kiyosaki’s Rich Dad, Poor Dad back in high school.

Most of us believe that it takes a certain amount of money to escape the 9-5 Monday through Friday world. What have you told yourself? Six figures? One million? Maybe even a billion?

It takes so much less than most of us think. Because if you stay focused on time instead of money, you’ll realize that money is far from the most important component. This is explained through a concept some refer to as the Freedom Multiplier.

“Money is multiplied in practical value depending on the number of W’s you control in your life: what you do, when you do it, where you do it, and with whom you do it.” -Tim Ferriss

For example, most people love to travel. We’ve been trained to think that the more money you make, the more likely it is you can travel.

But having the financial means is only half the battle.

Do you have the practical means to travel frequently? Or are you restricted by your workload, the workweek, your boss, and your vacation days?

Ask yourself: how many W’s are you currently controlling in your life?

Since leaving finance and changing the way I valued money, the control I have over my W's is one of the strongest contributors to my daily happiness.

I wouldn’t trade 100x the money I’m making now if I had to sacrifice this freedom.

Actually, the money I earn now has 100x the value because of the Freedom Multiplier, and because of #3.

3. The Source of Your Income

“When we do what we are meant to do, money comes to us, doors open for us, we feel useful, and the work we do feels like play.” -Julia Cameron 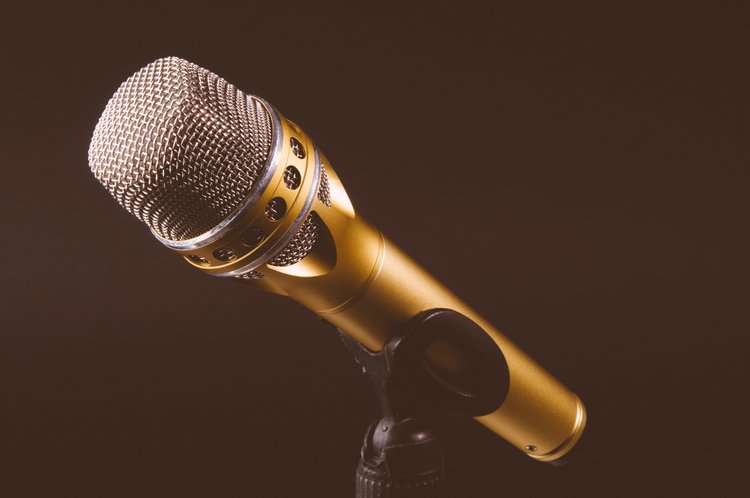 Photo by Kai Oberhäuser on Unsplash

Despite popular fantasies, the goal isn’t just to make as much money as possible while working as little as possible.

If it was, Mark Zuckerberg would have retired to his own private island in Hawaii, with his most important decision of the day being what to eat for dinner.

The reason he keeps “working” is because he wants to. Because he loves what he does. Because his work and life are so closely aligned.

"If you count the time I'm in the office, it's probably no more than 50-60 hours a week. But if you count all the time I'm focused on our mission, that's basically my whole life." -Mark Zuckerberg

For me, the realization that work and life don’t have to be separate was transformational. I was able to combine my passions for entrepreneurship, coaching, and self-development into a business that allows me to do what I’d do in my free time anyway and get paid for it.

The source from which you earn your money matters. $1 earned at a job where you’re unfulfilled has much less value than $1 earned doing something you love.

I was making over 6-figures in finance. In my first year as an entrepreneur, I “lost” 80% of my savings that I used for living and business expenses.

But I was felt lost, stressed, and overworked at my finance job. And even while I was unpaid and losing savings, I was overjoyed everyday because I was doing what I loved and had the ultimate flexibility.

The first $97 I made from our business was more exciting to me than the $250,000+ I made and saved in three years combined, because making a living doing what you love is irreplaceable.

“Don’t make money your goal. Instead, pursue the things you love doing, and then do them so well that people can’t take their eyes off you.” -Maya Angelou

The competitive young professional world is hyper-focused on how quickly you can accumulate money compared to your peers, regardless of how and when you earn it.

Stop measuring success in terms of money. Trade it for freedom, excitement, and fulfillment.

As an exercise to help you kickstart this journey, write down answers to the following questions. My answers to these questions forever changed my perspective on how I was living my life.

“The real measure of your wealth is how much you'd be worth if you lost all your money.” -Anonymous